From the Mind of the Counselor…

Class of 2020, writing this is bittersweet.  I was reminded today of much you guys have lost (the past 13 weeks or so of your 8th grade year) but how much was gained (most importantly, time with your family).  I know we cannot get time back, so we will move onward.  We will keep walking, laughing, and hoping, even though it may be difficult at times.

Special thanks to Mr. Sligh who put this virtual culmination video together.  Grateful to you, Mr. Sligh, for your technical magic and for bringing to life what the 8th Grade Culmination Team envisioned. View the culmination video here (password required)

I had a birthday yesterday, and although it was not a big birthday (meaning it didn’t in a 0 or a 5), it was significant.  I took the opportunity to reflect back on the past six months, and one thing that kept coming back was this: I had deterred from my path, leaving me on survival mode.

For the past few months, one of the ways I attempted to combat anxiety was to make a gratitude list.  It works…if I do it, but it has to be consistent. I find that being disciplined is an area that needs closer attention.

I write five things I am grateful for in a journal.  I write after I shower so that creates a routine, and I have a small percent of forgetting to do it.  The five things range from substantial (the gift of breath, my parents) to minor (no traffic).

This practice helps me put things in perspective.  I have everything I need; everything else is just luxury.  Also, this practice lends itself to refocusing on my purpose, which is to be of service.

As I typed this just now (I am sitting at the local district waiting for everyone to come back from lunch so the can continue this training), I have to take a pause.  And breathe. And release my anxieties. And offer my mind different (and positive) thoughts. And gently move from the usual (and negative) thoughts. And breathe again.  And then repeat. As. Many. Times. As. Necessary.

I have done / continue to do all those actions.  I sabotage my future self by my actions in the present moment.  Being back in grad school, my old habit of procrastination rears its ugly head.  I have some pages I have not read yet from last quarter.

However, the number self-sabotage action i do is the last one.  My negative self-talk game is so strong that it compelled me to turn to the Stoics to train my mind to focus on the four cardinal virtues of wisdom, morality, courage, and moderation (https://donaldrobertson.name/2018/01/18/what-do-the-stoic-virtues-mean/).  The Stoics use reason instead of emotion.

I want to be clear:  I have a healthy sense of self.  I know my strengths and weaknesses, but I also have blindspots about my identity.  We all do. This is just a fact of being a human. This is the ebb and flow of our nature.  However, I have operated based on my emotions, and it is tiring.

It is time for new habits and new actions.  Wish me luck!

Up next:  New Year, New Gratitude

As the new decade started, it appeared as if many of the Instagrammers declared, “New Year, New Me”.  At least the posts that I scrolled through did, and it caused me to want to join the bandwagon.

But I didn’t.  I couldn’t because I didn’t know how I could be a “new me” at the stroke of midnight when the Big Blue Marble completed a full orbit around the sun.  Could transformation or change come with a new year?

I was skeptical, even as I read the beautifully written reasons under the equally beautiful selfies.  I was also secretly very jealous because for me, my personal development has been a journey of a thousand steps and a thousand missteps.  How is it possible that everyone (it seemed) found it easy to be their “new me”?

So, I paused.  I know the pitfalls of social media, one of which is the stark difference between real life and real life on social media.  I am painfully aware that comparison is the thief of joy as proclaimed by Theodore Roosevelt (#26) because for years, it stole my joy in my personal and professional life.

I also know that those little squares of images do not tell the whole story, that those snapshots are the pretty parts of their (and my) life.  Look, I stand by the concept of life is beautiful, even if it’s not always fair.

When I gathered myself, I acknowledged two things:  one, it is a NEW YEAR; and two, a new year comes with new opportunities, new mindsets, new adventures.  The possibilities, as they (whoever they are) say, are endless.

After I agonized over the completion of my personal “New Year, New…”, I chose several endings.  First up: “New Year, New Actions”.

More on that in the next installation.

Get your blurbs in!

Mr. Sligh would like to remind you all to get your blurbs in, or else be stuck with pictures of video game characters and their biographies for all time.

Hello world!  This is a blog post so that we have something to display on the blog tablature for the demonstration.

Letter to the Counselor

Write a letter to Maria Padua, our Counselor. Tell her stories, share a joke, voice a concern, anything you like. If you'd like it to be an open letter that she can post on her blog, just check the "Yes" box! 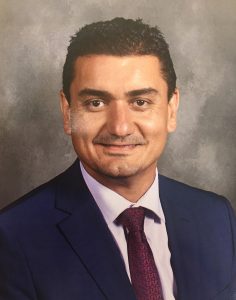 As the new school year begins, our first spotlight of the year is on none other than our own fearless leader, Movses Tarakhchyan.  Known affectionately as “Mr. T”, he has been Hesby’s principal since 2015. He thinks of Hesby as one big family, and cares deeply about every student, parent, and teacher that passes through its gates. He strives for excellence in all areas of education and is devoted to providing the best possible experience for his students.  As a boss, he’s not too bad either.  Here’s to another year!

Quick links from the counselor: